Commemorating the 25th Anniversary of IOTA and adopting important decisions on the associate membership, elections of the new Presidency, Executive Council and Executive Secretary, the 25th General Assembly took place between 30th June and 2nd July 2021 as a virtual event with the support of and under the Presidency of the Independent Authority for Public Revenue of Greece. The Organisation’s most important annual event followed the recent developments in the OECD/G20 Inclusive Framework on BEPS on international tax reform and discussed the effective use of data in the age of tax transparency.

The administrative session of the 25th General Assembly took place on 30th June and the morning of 1st July, and was followed by the Technical Session on 1st and 2nd July, under the professional theme ’Ensuring the most effective use of data in the age of tax transparency’.

The Members approved by voting the following: 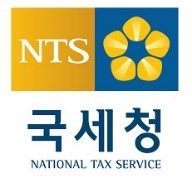 The Members also accepted the application of the National Tax Service (NTS) of Korea for Associate Membership in IOTA. “The NTS would like to closely collaborate with the IOTA members and contribute to IOTA’s work by sharing our own experiences, especially in the area of electronic tax administration,” Mr DaeJi KIM, Commissioner of the Korean National Tax Service, said in his speech to the delegates on the General Assembly. The associate membership of the NTS of Korea in IOTA enters into effect from 1 July 2021.

The General Assembly also appointed the Swiss Federal Tax Administration as the next Presidency of IOTA for the period 2021/2022, with Marc Bugnon becoming the new President of IOTA for the one-year term. “I am deeply honoured by today’s appointment. I would like to thank you for the confidence you placed in the Swiss Federal Tax Administration and express my highest esteem to you all,” said Mr Bugnon.

The following IOTA member countries were appointed as Executive Council members for the term 2021/2022,:

The General Assembly has also elected the new Executive Secretary of IOTA, Mrs Alix Perrignon de Troyes from the Directorate General of Public Finances of France. She will begin her term from 1 September 2021 and will stay in office for the next three years, during which time she will be responsible for leading the IOTA Secretariat team.

The professional theme of the technical session of the General Assembly in 2022 will be ‘Compliance and Trust: Affecting Tax Behaviour while Redefining the Relationship between Taxpayers and Tax Administrations’.

Mr Georgios Pitsilis, President of IOTA, opened the session and also reflected on the role that IOTA plays in strengthening practical collaboration on tax administration issues, its value to the members, partners and key stakeholders as IOTA is celebrating its 25th anniversary this year. His speech and a video showcasing the reflections from the membership on the added value the Organisation provided to them for over two decades, also served as a kick-off for IOTA’s anniversary celebrations.

Next, International Survey of Revenue Administration (ISORA) partners including CIAT, IMF, OECD, ADB and IOTA, reflected on the results of the 2021 ISORA survey, showcasing the benefits and other key takeaways relevant for tax administrations.

During Session 4, participants were introduced to the Virtual Training to Advnce Revenue Administration (VITARA), launched by IMF in partnership with CIAT, IOTA and the OECD. The first VITARA e-learning module on Strategic Management was officially launched. You can find more information about VITARA on the dedicated webpage.

This year’s professional theme of the Technical Session was ’Ensuring the most effective use of data in the age of tax transparency’, where the focus was on the challenges of using data in fighting against tax evasion and tackling aggressive tax planning.

During the first plenary session, Mr Juan Toro (IMF) and Mr Radhanath Housden (OECD Global Forum on Transparency and Exchange of Information) provided an update on the implementation of the international standard in the automatic exchange of financial account information for tax purposes, including the opportunities offered by the extensive use of data analytics to drive and transform tax administrations.

On 2nd July, Mr Pascal Saint-Amans (OECD), Mr Gerassimos Thomas (European Commission, DG TAXUD) and Mr Georgios Pitsilis (IOTA) joined the virtual roundtable debate ‘Ensuring the most effective use of data in the age of tax transparency ’, moderated by Prof. Dr. Victor van Kommer (IBFD)  exchanging their views on the cross-border exchange of information and implications for taxpayers’ rights, including use of data by tax authorities.

Here, Mr Saint-Amans has also referred to the recent historical agreement reached by 130 countries of the OECD/G20 Inclusive Framework on BEPS on the two-pillar solution to address the tax challenges arising from the digitalisation of the economy. Mr Saint-Amans described it as a new architecture of international taxation built on the existing one. What does that mean for tax administrations? In tomorrow’s world, we will have a safety net which means that offshore structures will be dismantled massively, he said adding that: “Tax administrations will no longer have to exchange the information, but they will have online all the information on the companies in scope”([the largest MNEs, including digital companies, covered by Pillar 1]). 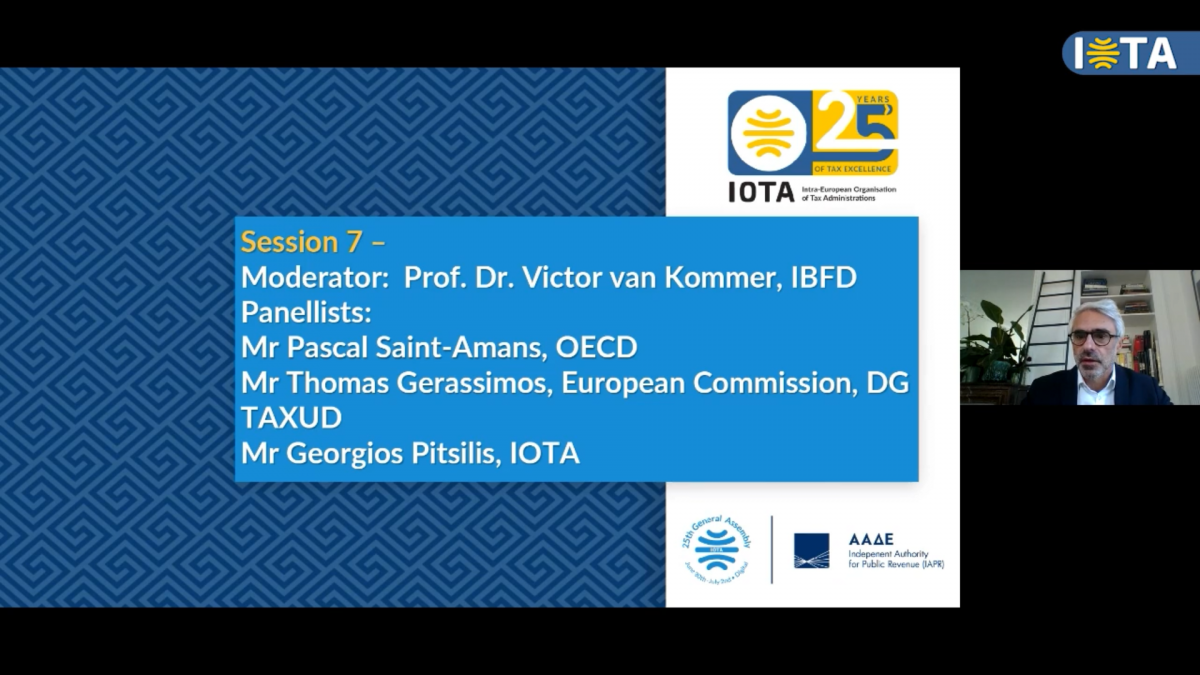 At the last session of the General Assembly, businesses shared their perspectives on taxpayer data exchange requirements and the difficulties of complying with secure data exchange requirements. Presentations were given by Mr Jean-Pierre Lieb (Ernst & Young), Ms Raluca Enache (KPMG), and Mr David Murray (Anglo American). Prof. Dr. Jeffrey Owens (Vienna University of Economics and Business) moderated this discussion which concluded that it is important to get the right balance between tax administrations’ need for information, the compliance cost of providing this information, and the need to respect data confidentiality.

For further information about the conclusions of discussions, please see the Communiqué released at the close of the Technical Session.

The presentations and the recorded Technical Session will be available to registered IOTA website users through the dedicated webpage of the 25th General Assembly of IOTA.