The Ministry of Finance of Spain hosted the 13th meeting of the Automatic Exchange of Information Group of the Global Forum which was held in Madrid from 27 to 29 September.

The AEOI Group was set up in 2013 with the aim to review and follow-up the implementation of the OECD Common Reporting Standard (CRS) for automatic exchange of information on financial accounts. Nowadays a total of 102 jurisdictions have committed to using the standard. The first exchange has taken place on September 2017 using the Common Transmission System (CTS).

The meeting was opened by Mr. José Enrique Fernández de Moya, Secretary of State for Finance and closing remarks were delivered by Mr. Santiago Menéndez, Director General of the Spanish Tax Agency. The event was jointly chaired by Ms. María José Garde, Deputy Director for International Taxation in the Ministry of Finance and current chair of the Global Forum and Mr. David Pitaro, Chair of the AEOI Group. The Spanish competent authority for exchange of information had also an active participation during the meeting. 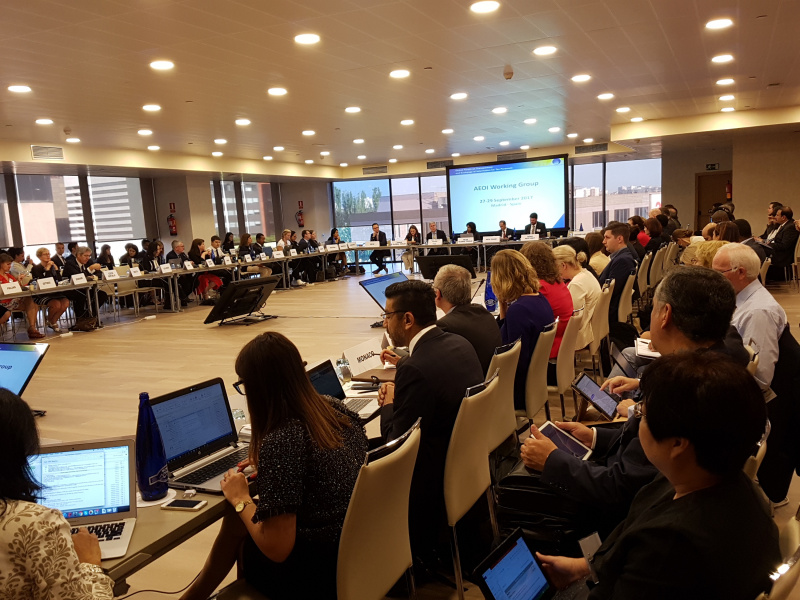