A joint audit project and the opening of a joint work office at the Tax Administration of Bavaria was also among the topics addressed in Monaco. The conference was attended by the Bavarian Finance Minister, Mr Markus Söder, and the Central Tax Enforcement Director of Italy’s Revenue Agency, Mr Aldo Polito. 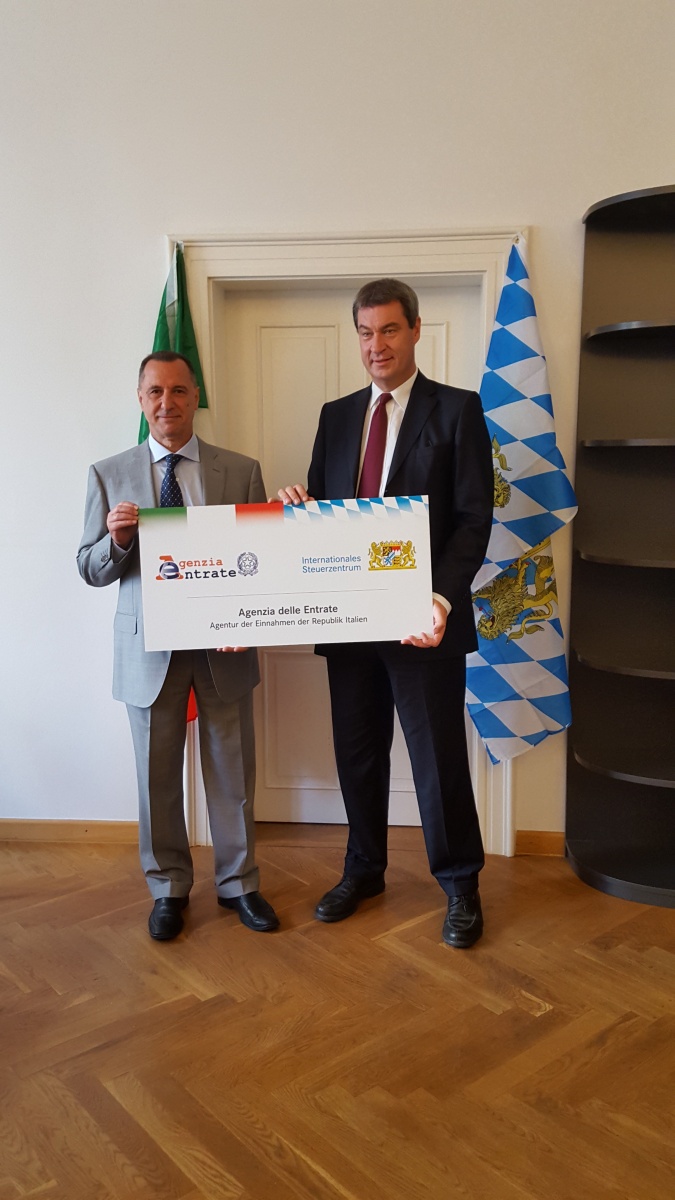 The first part of the conference focused on the strengthening of fiscal controls by means of administrative cooperation between the two entities. In particular the Joint Audit project for the implementation of joint or simultaneous audits on cross-border tax issues affecting taxpayers, belonging to the same group of companies, based in Italy and Bavaria. The second part of the event focused on the presentation of an office, based in Bavaria, and shared by the two tax administrations, which will allow the members of the Revenue Agency working group to have the necessary spaces equipped to conduct the activities related to the project.