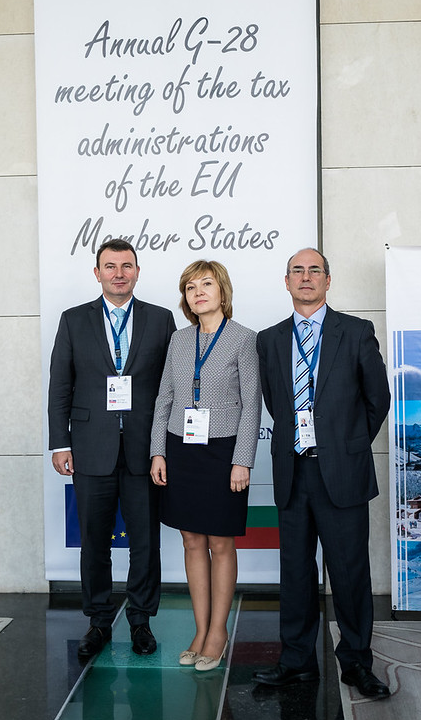 Mrs Dimitrova briefed IOTA’s President and Executive Secretary on the organisational structure of the forthcoming Bulgarian Presidency of the European Council in the field of taxation. The Head of the NRA also informed about the Bulgarian priorities on taxation matters. The focus will be put on finalising the work carried out by the current Estonian Presidency and on the new tax proposals that the European Commission is planning to present in the next few months. Finally, Mrs. Dimitrova explained how the NRA is organising its Control Function structure, how the control of e-commerce is developing in Bulgaria and what innovative approaches are being taken to prevent tax and social security fraud in Bulgaria.

IOTA’s representatives took the opportunity to thank Mrs Dimitrova for the engagement of the NRA with the organisation, reflected in a strong presence in the statutory bodies as well as in several projects and working groups and expressed the wish to further deepen the already existing fruitful cooperation.