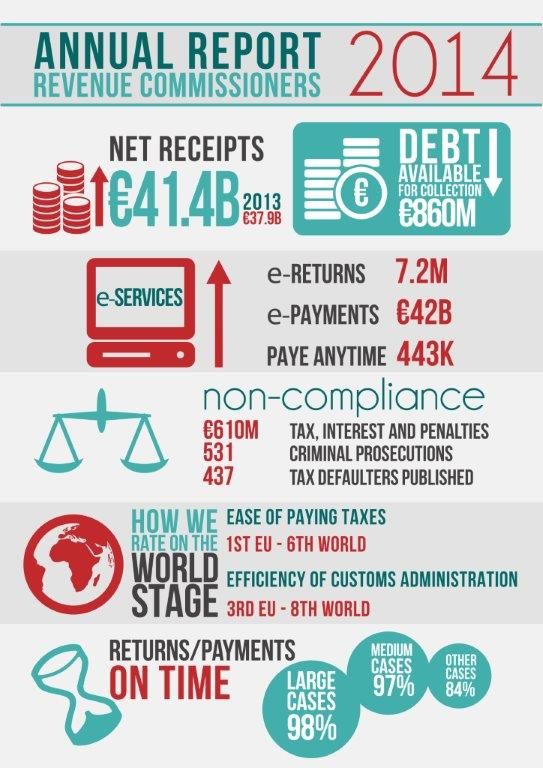 Niall Cody, Chairman of the Revenue Commissioners recently announced the publication of Revenue's Annual Report for 2014.

High levels of timely payment and returns compliance rates were maintained in 2014 and ranged from 99% to 84% depending on case size.

Mr Cody highlighted the results from Revenue's compliance programme in 2014 which included over 437,000 compliance interventions yielding over €610 million - an increase of 11% over 2013.

Specific business sectors are and will continue to be a feature of Revenue's compliance approach. Revenue's National Contractors Project has yielded €19m since it started and the Medical Consultants Project, which has yielded nearly €16m from 279 interventions, has been extended nationally.

Other significant results for 2014 include:

The total cumulative yield from the investigation into offshore assets exceeded €1 billion during the year.

483 tax avoidance cases, of which 6 involved the general anti-avoidance rule were settled resulting in a yield of €13 million, (including interest and penalties) and the future restriction of losses of €1.6 million.

At the end of 2014 there were 8,908 taxpayers or businesses, covering €104 million in debt, in phased arrangements to pay their tax liabilities.

The Annual Report can also be accessed here.