The 105th Executive Council (EC) meeting took place on 2-3 February 2017 in Madrid. The meeting was hosted by the Spanish Tax Agency and chaired by the Ukrainian Presidency of IOTA.

The Director General of the Spanish Tax Agency, Mr Santiago Menéndez welcomed the participants and emphasised Spain’s commitment to IOTA by pointing out that the Spanish Tax Agency has been nominated a member of the EC for the sixth time. He expressed his firm belief that IOTA plays an important role in contributing to the levelling of tax administrations of the European region by allowing tax officials to share their experience and best practices.

The Presidency of IOTA praised the smooth delivery of planned activities in 2016 and 2017 and highlighted challenges ahead of IOTA such as the preparation of the new IOTA strategy, strengthening partnership with international organisations, proceeding with International Survey on Revenue Administrations (ISORA) and Tax Administration Information Platform (TIP) as well as implementing Publication and Communication strategies. 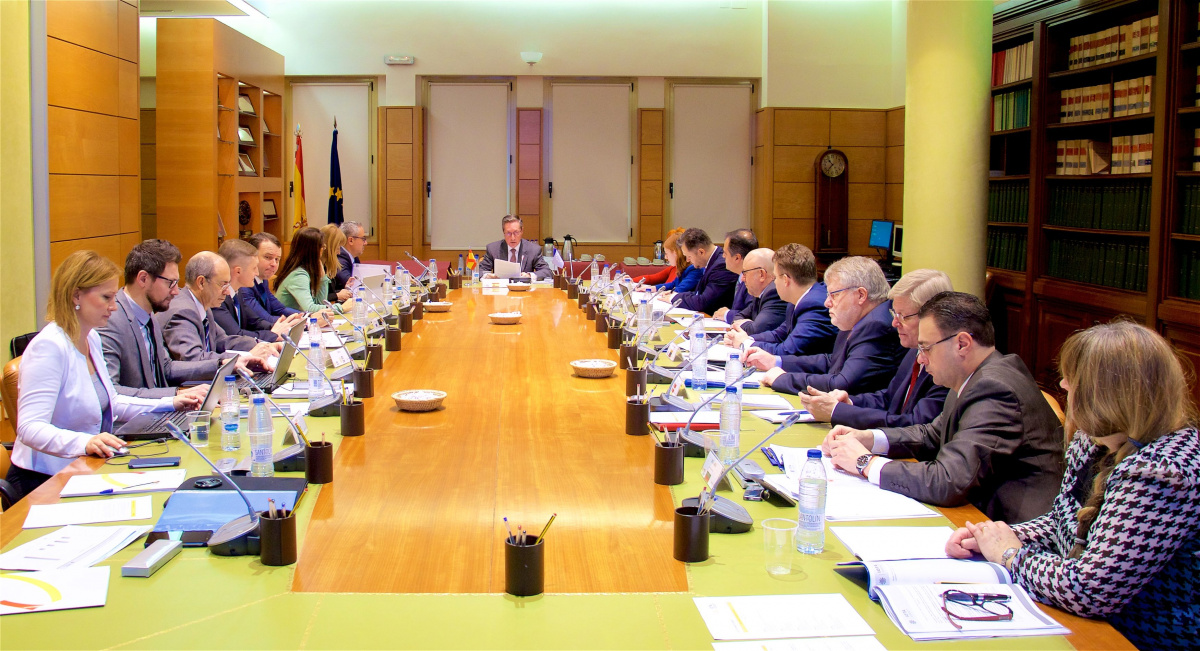 The EC discussed – among others - the following issues:

- the implementation of Publication and Communication Strategies,

- the financial situation of the organisation,

- the status of ISORA.

A part of the meeting was dedicated to discuss the progress of the preparation of the new IOTA strategy. EC members were informed about the developments by the leader of the Strategy Team, Mr Octavian Deaconu, former Secretary General of ANAF of Romania and previous President of IOTA. Mr Deaconu addressed several key issues of IOTA's strategy and EC members commented and expressed their views.

President evaluated the meeting as fruitful and productive and invited EC members for the next EC meeting, which will take place on 29-30 March in Kyiv, Ukraine.