The 110th Meeting of the Executive Council (EC) took place on 24 - 25 January 2018 in Paris hosted by the General Directorate for Public Finance of the Ministry of Finance of France. The meeting chaired by the President of IOTA, Mr František Imrecze, President of the Financial Directorate of Slovakia addressed issues related to the work program and operations of the organisation and discussed new ways of providing valuable service to the members. 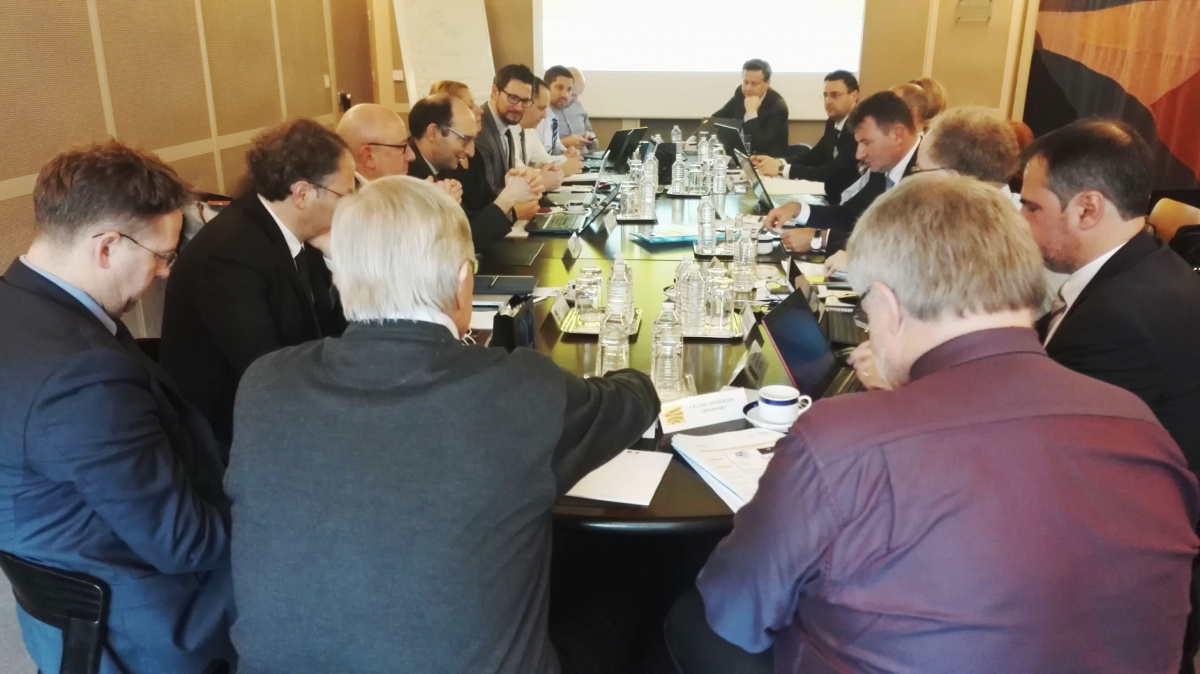 Edouard Marcus, Head of the Legal Service of the General Directorate for Public Finance welcomed EC members and gave some examples why IOTA membership is important for France. IOTA Executive Secretary emphasized the relevance of the role France plays in IOTA, namely its contribution to the activities of the organisation. IOTA Secretariat informed the EC on the implementation of the work programme in the last quarter of 2017 and updated on the plans for 2018. It was agreed that new formats (forums, trainings, etc.) and more targeted events (e.g. focus on regional interests or on seniority level) will continue to be efficient tool in serving members better. EC also held fruitful brainstorming on the priorities for the work programme of 2019. EC members suggested subjects such as restructuring tax administrations, use of communications in improving tax compliance and ethics in tax administrations to include in the priorities for 2019, as these are current and relevant issues for tax administrations.

EC also examined the offer of technical assistance by IOTA to its members and agreed that the expertise existing in member states should be used for facilitating knowledge sharing inside the organisation. The implementation plan of IOTA’s new strategy for 2018 was also overviewed and adjusted by the EC making it possible to have a more consistent approach and better delivery. The EC was informed about the latest publications and how those contributed to make IOTA better known in Europe and other continents. Finally, the EC was briefed on the ongoing preparation of the 22nd General Assembly, in the subject “Impact of Digitalisation on the Transformation of Tax Administrations” to be held in Bratislava on 25-27 June.