21st General Assembly of IOTA – we are on the right track

IOTA’s 21st General Assembly brought together over 150 high-level representatives from IOTA member states, from international organisations, businesses and academia. The meeting held under the Presidency of Ukraine in Kyiv on 28-30 June 2017 consisted of an Administrative Session where members decided on financial and strategic management issues of the organisation and a Technical Session on the theme: „Disruptive Trends and New Business Models: Challenges and Implications for the 21st Century Tax Administration”.

Slovakia was elected as new President, the 2018 work programme and budget, IOTA Strategy 2018-2022 „In Partnership for Advancing Tax Administrations” were adopted. More information about decisions in the Administrative Session is available in the Resolution of the 21st General Assembly of IOTA.

A high-level discussion was held in the Technical Session on the theme of the Assembly opened by Mr Stepan Kubiv, First Vice Prime Minister - Minister of Economic Development and Trade of Ukraine. IOTA senior executives, representatives of international organisations such as OECD, IMF, European Commission, World Bank, CIAT, World Customs Organisation and delegates from businesses and academia shared views on challenges and implications caused by disruptive trends and new business models. Participants highlighted the relevance of the subject for tax administrations and agreed that:

-legislation needs to adapt quickly to deal with digital B2B, B2C and C2C businesses in taxation aspects as well,

-staff needs to be skilled in order to face the challenges of the digital economy and its impact on taxation,

-in the fast-changing environment of digital technologies and collaborative economy cooperation of tax administrations, international organisations and regional tax organisations is crucial.

More information about the discussion is available in the Communiqué of the 21st General Assembly of IOTA.

Participants praised the role of IOTA in sharing best practices of tax administrations and underlined that IOTA has a strong potential in reducing the costs for developing solutions.

Photo: Family photo of the 21st General Assembly with high-level hosts such as Mr Myroslav Prodan the Acting Head of the State Fiscal Service of Ukraine and Mr Vitali Klitschko, Mayor of Kyiv 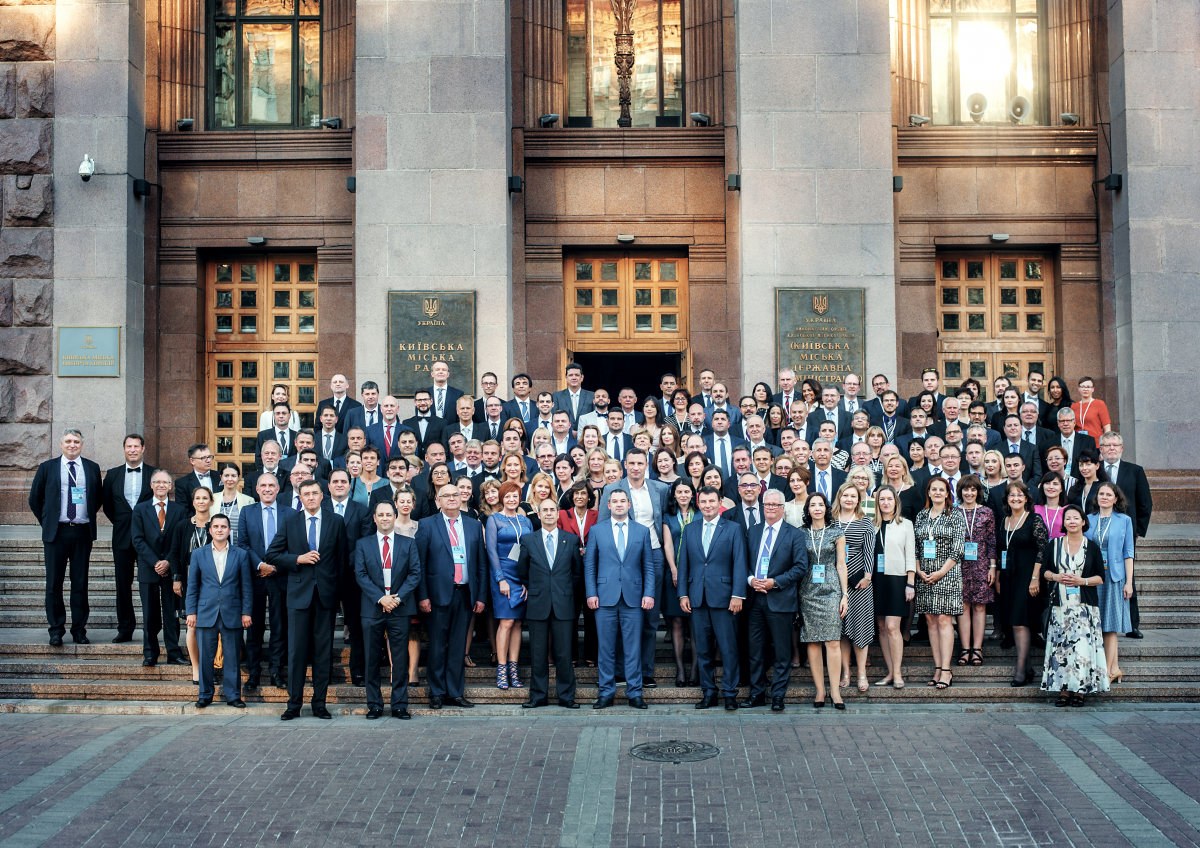