The importance and impact of trust in the relationship established between taxpayers and tax administrations was the subject of an international conference organized by The Netherlands Tax and Customs Administration (NTCA). Miguel Silva Pinto, IOTA’s Executive Secretary attended the conference, which took place on the 2nd and 3rd October 2017 in Rotterdam. 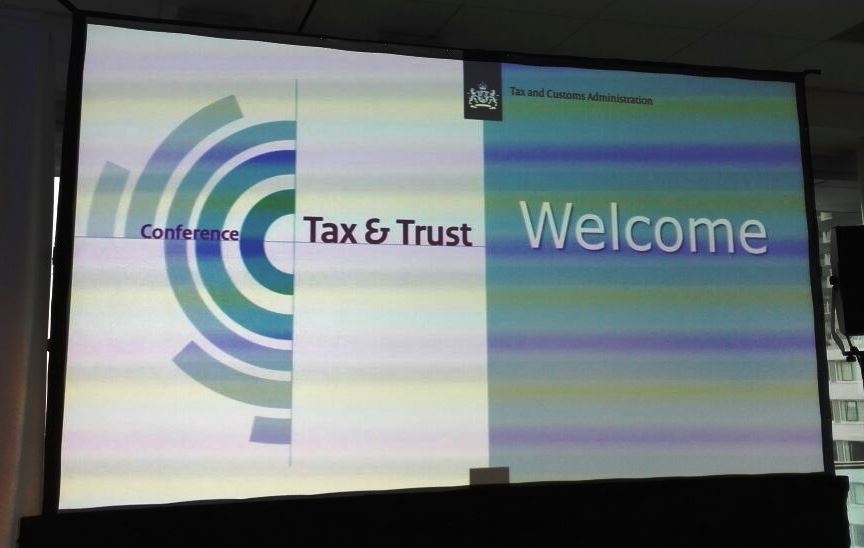 During the event, academic professors and researchers discussed together with tax practitioners three particular aspects of trust and taxation: Trust and Governance; Trust & Technology and Trust & Tax Morale. The presentations and debates that followed offered excellent opportunities to consider taxation under a scientific and sociological perspective, namely how tax administrations and taxpayers are viewed by each other as trustable counterparts and how technology is changing the attitude and relations between both sides. During discussions Mr Silva Pinto entered the debate, raising issues on the relation between levels of interpersonal trust and tax evasion when different countries are compared, how the role of intermediaries can have an impact on trust between taxpayers and tax authorities and what can be considered as bad or good nudging in terms of messages sent by the tax bodies.

Data Ethics, the exercise of power and nudging were identified as important factors to take into consideration when building confidence and trust amongst tax stakeholders in modern societies. Mr Silva Pinto took the opportunity to inform participants about the forthcoming IOTA Annual International conference ’Tax Governance and Data Security’ to be held on 8-9 November in Budapest.

IOTA’s Executive Secretary had a short meeting with Mr. Jaap Uijlenbroek, the Director General of the Netherlands Tax and Customs Administration and expressed thanks for the NTCA's ongoing active collaboration with IOTA.

The conference, which brought together numerous high level tax experts and practitioners, made it possible to widen IOTA’s network.