On 1 July 2014 the Slovak Republic has taken over its one-year long Presidency of the V4 Group from Hungary. The main slogan of the Slovak Presidency is "Dynamic Visegrad for Europe and the World" which reflects our interest in enhancing the competitiveness and the economic growth of the V4 Region as the whole.
Financial Directorate of the Slovak Republic has decided to use this unique opportunity and to organise the so-called "Visegrad Conference" with its main topic "COOPERATION AS A TOOL TOWARDS A HIGHER LEVEL OF THE REGION EFFICIENCY AND COMPETITIVENESS".

The main aim of the conference was to provide a unique opportunity for participants to meet and identify common and the most important issues in tax and customs area and to seek for the solutions and best practices in preventing carousel VAT fraud, undervaluation of the customs value, mineral oil tax evasion as well as international taxation and transfer pricing issues. Participants also asked for the solutions how to make the Visegrad Group Cooperation even closer which would contribute to the more efficient combat against tax and customs fraud and to increase the level of the revenue collected not only for individual countries, but for the European Union as a whole.

The importance of the Conference can be seen also in signing of two important documents: the first one being the "Joint Declaration on the Need of Enhancement of Mutual Cooperation in Tax and Customs Areas" signed by Heads and High Level Representatives of the Financial/Tax/ Customs Administrations of the V4 countries (Czech Republic, Hungary, Poland and the Slovak Republic) which aims at closer cooperation in tax and customs areas. The second document that was signed is the "Agreement on Direct Exchange of Information" between the Financial Directorate of the Slovak Republic and the General Financial Directorate of the Czech Republic which aims at enhancing the combat against tax fraud through the direct exchange of information between the two competent authorities. Both documents are considered to be the tools in enhancing the closer bilateral as well as multilateral cooperation between the V4 Region countries and to strengthen the fight against tax and customs fraud within the Region. 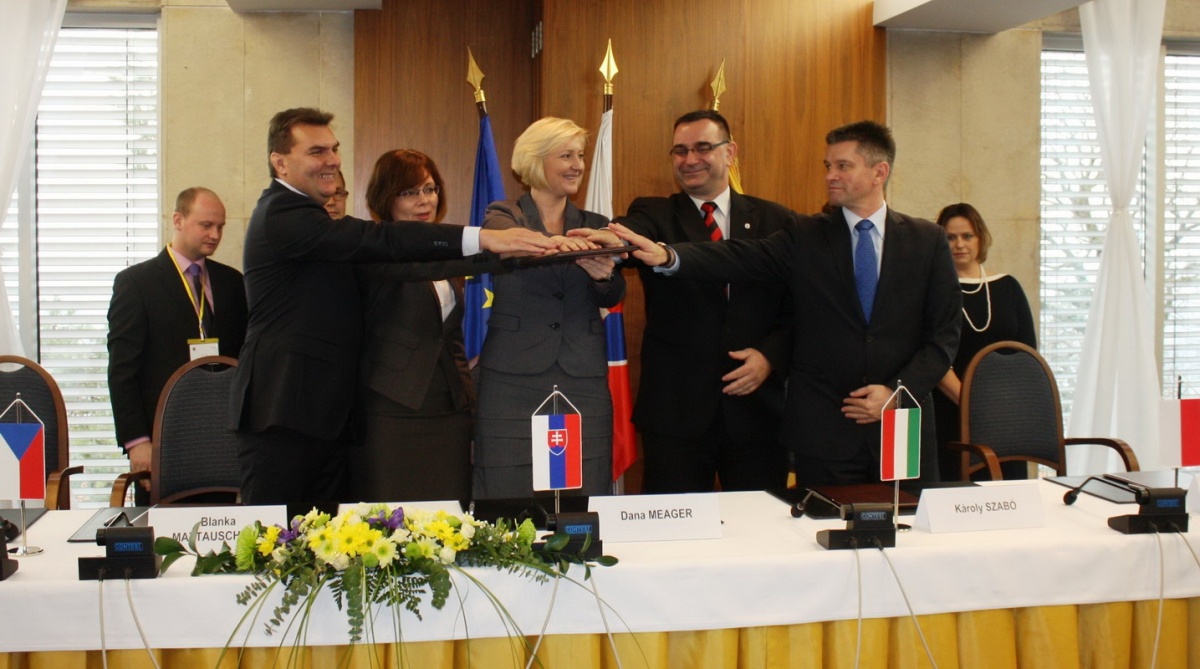