From 1 October 2019, František Imrecze joined the IOTA Secretariat as Executive Secretary. He was elected by the IOTA member tax administrations at the 23rd General Assembly in Brussels in July, 2019. He took over the position from Miguel Silva Pinto, the former Executive Secretary of IOTA. He takes charge of the Budapest based IOTA Secretariat for the term 2019/2022. 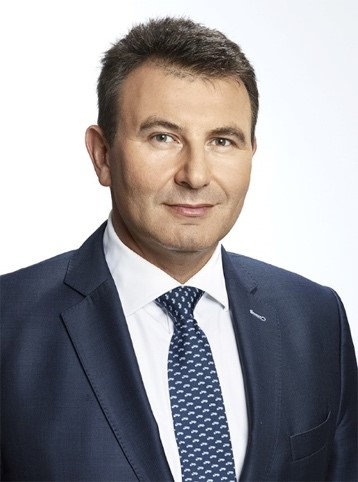 Working with and in IOTA is not a novelty to Mr Imrecze as in the period 2017-2018 he was appointed to the position of IOTA President. In those years he held the position of the President of the Slovak Financial Administration from May 1, 2012 till September 30, 2018.

From February 1, 2019 František Imrecze has been acting in the position of V4 Platform Senior Consultant for the European Investment Bank with the task to coordinate and manage the platform within an international and multiorganizational team of the EIB, V4 National Promotional Banks, external consultants as well as the task to identify cross border investment projects in the V4 region with a potential to increase the competitiveness of the V4 region in the European union. He studied at the University of Economics in Bratislava, where he graduated in 1995.

František has devoted most of his professional career to the field of informatics and telecommunication. He has held different senior management positions at leading providers of IT technologies and software solutions and at T-Mobile Slovensko, one of 3 mobile telecommunication operators on the Slovak market. For six years (2006-2012) he has held different senior positions in Slovak subsidiary of SAP AG, worldwide leading provider of software applications, where he had reached to the position of Director General responsible for implementation of SAP AG strategy and the management of the entire Slovak subsidiary.

On May 1, 2012 Mr. František Imrecze was appointed the President of the Slovak Financial Administration. His strong leadership, goal orientation and firm focus has led the organization from the stage when the IT system and organizational structure suffered a great deal after tax and customs merger process, up to the level of the respected state institution with many readable success stories reached within relatively short period of time.

During his tenure at the Slovak Financial Administration Mr. Imrecze launched, in cooperation with the Police Force and the General Prosecutor´s Office, a very successful project of Tax Cobra. Hand in hand with the implementation of effective analytical tools in fight against tax fraud in area of VAT and excise duties Slovakia has become a role model in Europe. The successful implementation of all measures led to EUR 3.7 billion in additional tax revenue in 2012- 2017 becoming Slovakia in 2018 the fifth country with the fastest declining tax gap within the EU reducing the tax gap from originally 41% in 2012 to 26% in 2018.

While acting as President František made Slovak Financial Administration an open institution not only to the public via implementing artificial intelligence into processes but also to professional organizations inviting them to be a part of digital projects of the institution in the Advisory Board of the President.

In 2014 the name of Mr. František Imrecze appeared among 10 nominees for the “Top Manager of Slovakia” prize.

Welcome František in IOTA and in the IOTA Secretariat, we are looking forward to working together with You!